Innovators choose new payment tech
to get around transaction costs

To paraphrase Benjamin Franklin, there are three certainties in life for small businesses: death, taxes, and credit card interchange fees. These are the fees charged by the big three credit card issuers (Visa, MasterCard, and American Express) to merchants for accepting their cards. Although the marked-up rates charged by processing services can vary, it is widely accepted that interchange fees represent a hard floor of fixed costs that can’t be changed or negotiated. 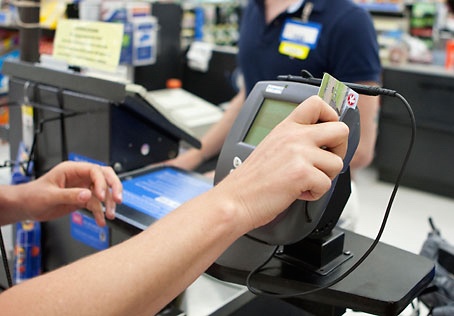 Or can they? The world’s biggest companies process such a high volume of transactions with credit cards that they’re able to negotiate directly with the big three card issuers, for rates significantly below published interchange fees. Wal-Mart, for example, is reported to pay under 2%, while the vast majority of businesses pay in the 2-3% range. But on Wal-Mart’s annual revenues in excess of $475B, even that low rate is costing the company billions of dollars in fees every year.


They haven’t taken it lying down. For years, the nation’s biggest retailers have been locked in legal battles with credit card issuers over accusations of price-fixing, hidden fees and other anticompetitive practices. In 2012, Wal-Mart, Target and others opted out of a $6B class-action settlement from Visa and MasterCard because it would have prevented them from future litigation against the card giants. Clearly, the cost of credit card transactions is an issue of such critical importance to big corporations that spending millions on lawsuits to lower their fees is key to their long-term growth strategies.


Where does this leave small businesses? When Visa and Mastercard announced that 2012 class-action settlement, Robb Mandelbaum of the New York Times reported that the outcome for small business owners was a mixed bag at best (Visa and MasterCard Settle Lawsuit, but Merchants Aren’t Celebrating). Merchants did win a reduction in fees, but only for an eight-month period. Visa and MasterCard made no promise to cap fees in the future, and even prohibited all future lawsuits over transaction fees, even from merchants not yet in existence. 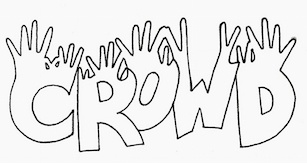 This was the lay of the land when PayStand was founded in 2013, shortly after the class-action settlement. It seemed like only the biggest companies could hope to get reasonable rates on credit cards, and everyday merchants would be stuck indefinitely with paying high fees to the gatekeepers of their payments. Perhaps the only winners would be the armies of lawyers hired to prosecute and defend the endless lawsuits between the Fortune 100 and the big three card processors.


Only two years later, the landscape has changed, and there is more than a glimmer of hope on the horizon for small businesses. Technology has a funny way of doing that to chronically dysfunctional industries. So what is different in 2018? 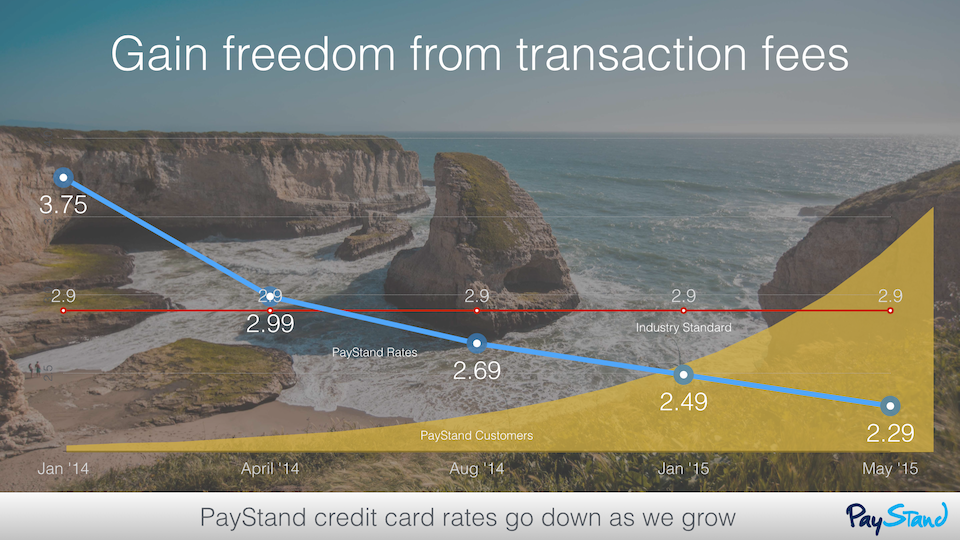 The promise of all this disruption and innovation is a newly empowered merchant class, with options for how and where they want to transact. The new payment landscape also presents opportunities for technology companies like PayStand to serve merchants’ needs as payment facilitators instead of toll-takers.

Are you ready to join the new merchant class? Learn more about PayStand's rate optimization for credit cards.