Its about time we reboot commercial finance

For the past century, business payments have struggled to keep up with digitization. Every other part of the enterprise has gone digital, yet commercial finance has been left behind in an analog world plagued by costly fees, inefficient systems, and paper-driven processes. It’s time for a more seamless, simple, and intuitive way to manage transactions.

We created Paystand to eliminate fees, digitize the cash cycle, and create a self-driving money experience for businesses.

We asked ourselves one simple question: what would business payments look like if we built them from scratch today?


How can you empower revenue and build an innovative business if paper-driven processes are limiting your potential?


You shouldn’t be penalized every time you make a sale. It’s time to replace transaction fees with one flat monthly rate. 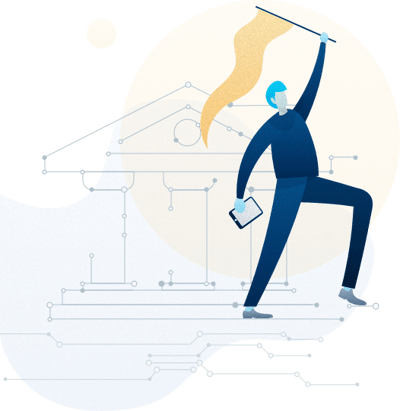 Our story: We believe in a better financial system

In 2013, Paystand dove headfirst into the uncharted waters of reinventing commercial finance.

Inspired by pioneers taking sales and marketing into the cloud to become faster and more efficient, it was easy to imagine a better financial system where making a transaction was as simple, fast, and intuitive as calling an Uber or Lyft. One where artificial intelligence could analyze an entire business and recommend customized improvements for each customer, based on their payments history.

Unfortunately, most payments solutions drain time and revenue. They charge outrageous fees, are hampered down by hidden costs and gatekeepers, and distract you from the important tasks that scale revenue.

So we’re building a solution that changes that. The Paystand network anchors on four key benefits that drive ROI for your business:

1. Faster time-to-cash so you never have to chase down payments.

3. Eliminate transaction fees to enable up to 50% cost savings. 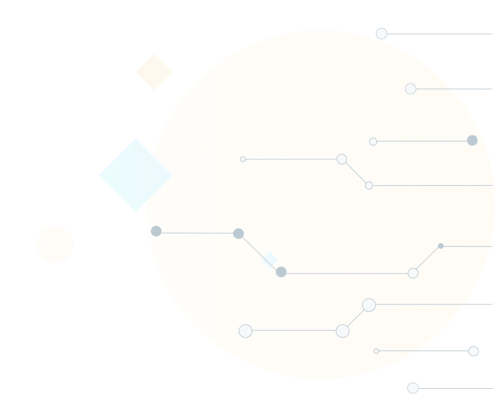 
The Paystand executive team comprises visionaries and FinTech veterans with a passion for building disruptive technology. Our team has decades of experience bringing new technologies to market, driving growth from early stage ventures to public market IPOs, and engineering some of the most advanced financial technology in business and commercial uses cases today. 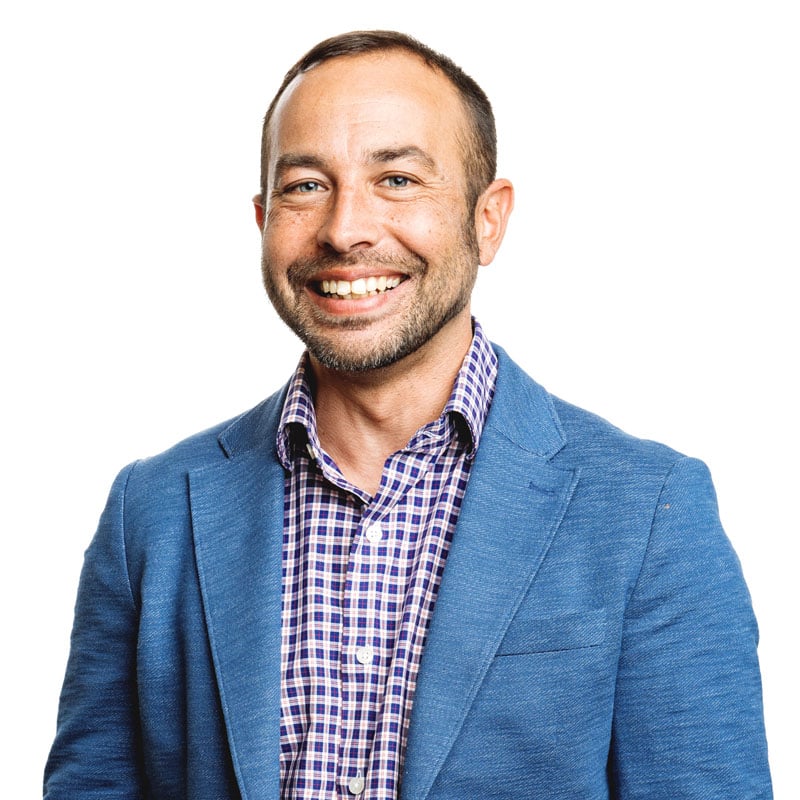 Jeremy is a technology visionary and industry veteran, with decades of experience leading growth and engineering teams at Digital Instruments and Veeco. He has spent the last 15 years as a serial entrepreneur, startup advisor, and occasional investor. 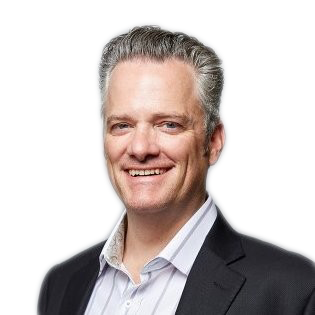 Scott is a fintech and SaaS veteran with a distinguished career helping hyper-growth companies achieve scale, having led both Sage Intacct and Recurly through significant growth and acquisition. Scott brings a deep knowledge of fintech and ERPs, along with a track record of leading disruptive finance organizations. 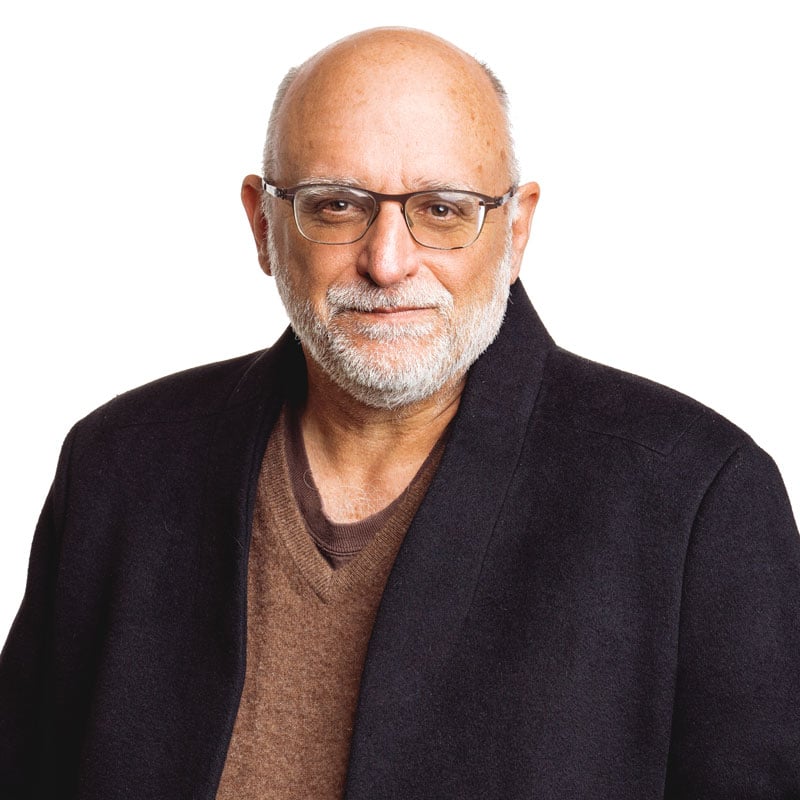 Mike is the SVP of Operations and assesses the risk and health of the Paystand Network and its customers. Before Paystand, he served as CIO of Virgin Mobile, building next generation telco operations, and as EVP for Wells Fargo's Credit and Bank Integration team. 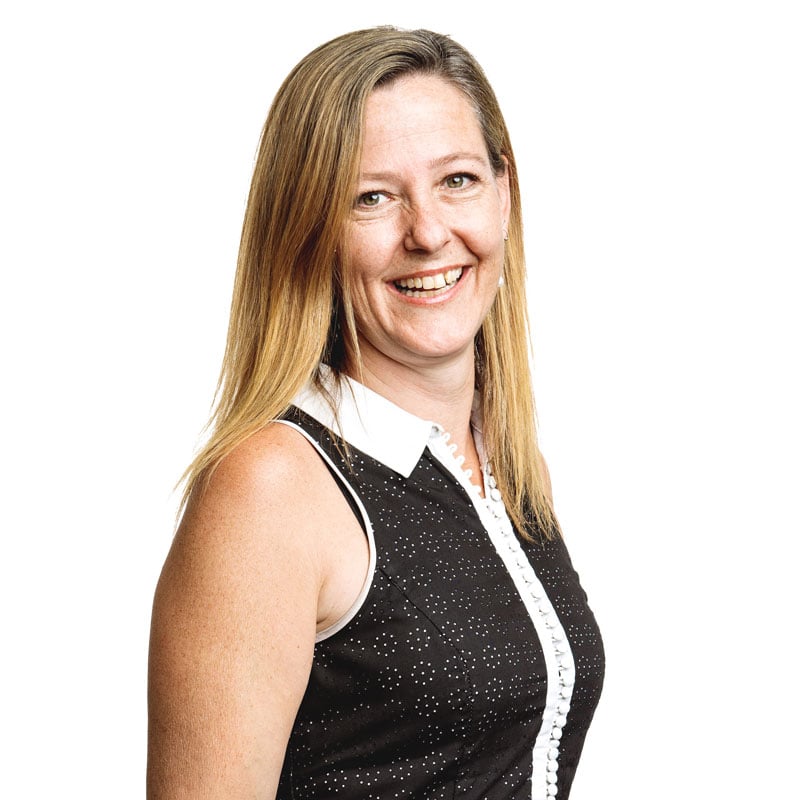 Aliyah is responsible for the People and HR department at Paystand. She is a startup veteran and long-time finance professional with a track record of success. She has worked at several Santa Cruz growth companies and is a Northern California native. 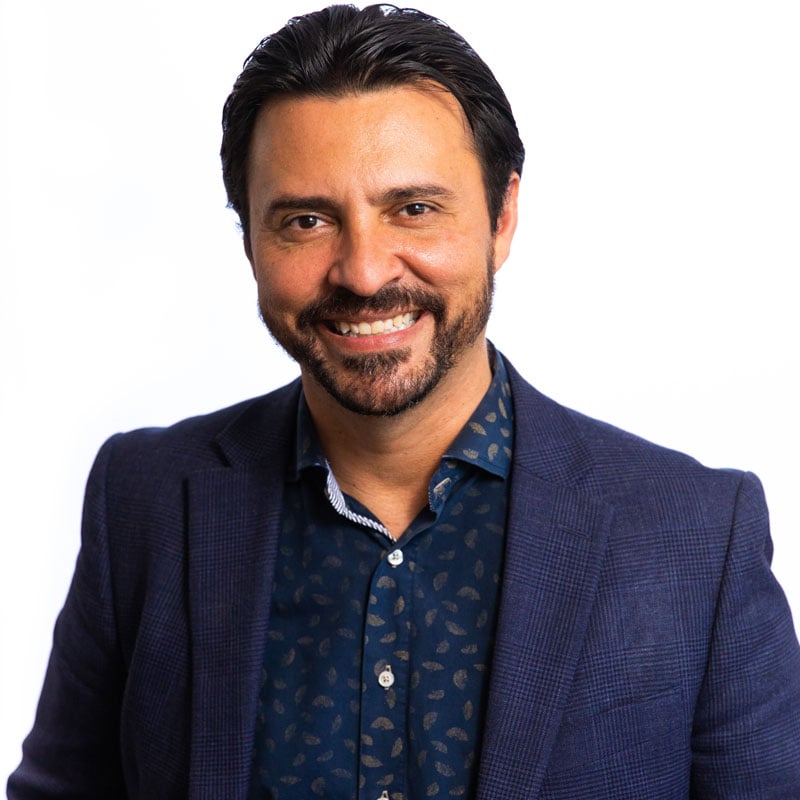 Celestino leads the Engineering team at Paystand. He was previously the CTO at Sr Pago, an emerging payment leader, and has held held leadership roles at Clip and Wizeline, two of the fastest growing companies in LATAM. Celestino started his career as the cofounder of Transnetwork, one of the leading early cross-border payment companies. 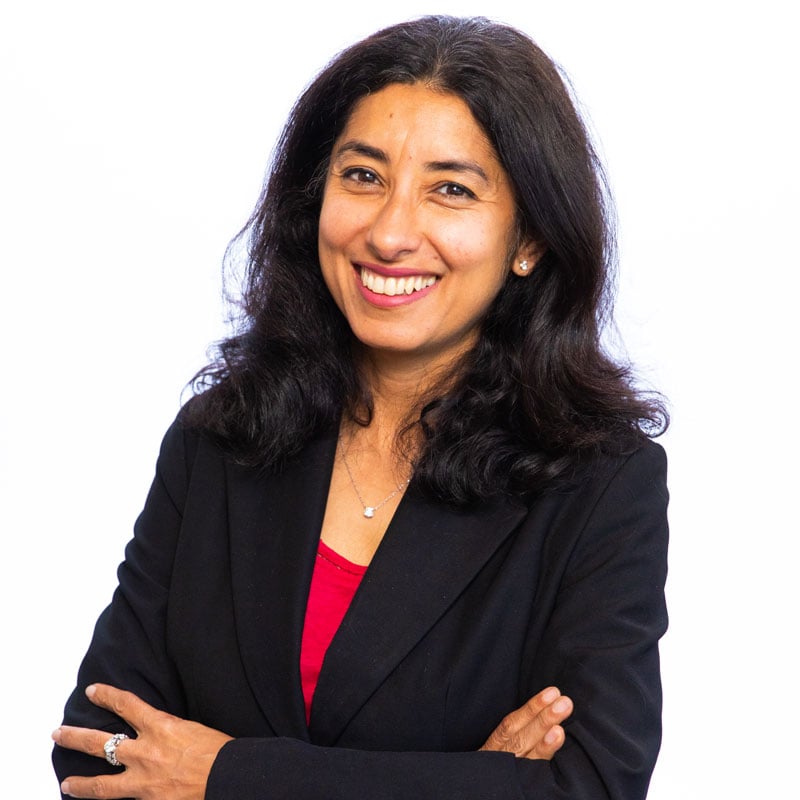 Bindu heads our Product team and has experience in leading product vision & strategy to deliver world-class products. She previously led Product at Boku, a leading billing & payment company. Before that Bindu cut her product & engineering teeth at some of the top financial software companies like Xero & Intuit. 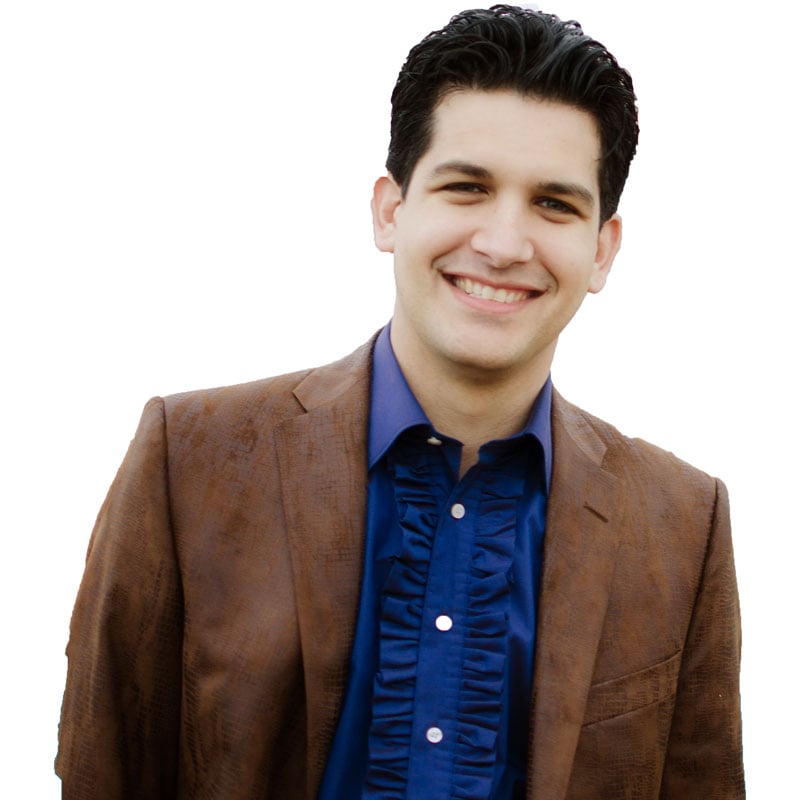 Sam leads the Customer Success organization and is a veteran of both the Marketing and Creative industries, having led large-scale Success teams in Silicon Valley. He was previously the VP of Customer Success at Distribute, BrightTalk, and Verifone, and earlier in his career was the Creative Director for GreenBiz Group. 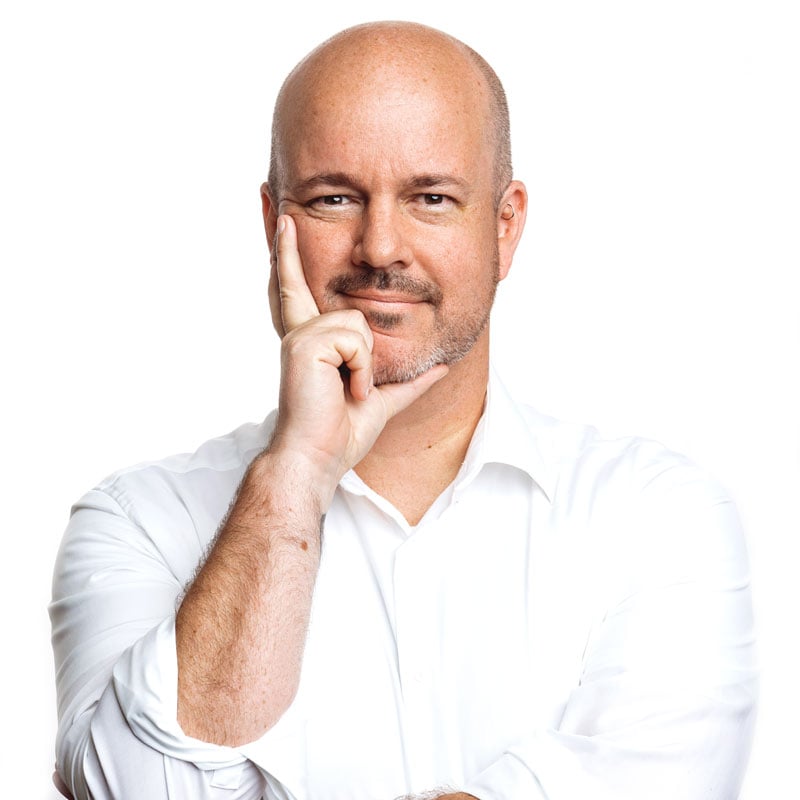 Scott heads the Solutions and Services organization at Paystand. He has over 25 years of technology experience. Previously, he served as a product leader and engineer at Google, refining their Local Search product and at Morgan Stanley, helping to simplify financial products.

Our Board and Advisors 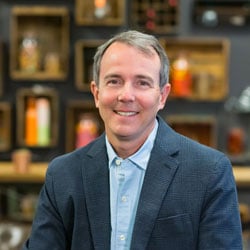 Jonathan Ebinger is a General Partner at BlueRun Ventures where he focuses on mobile, enterprise software and FinTech. Jonathan was the first institutional investor in PayPal and has invested in numerous fintech unicorns including Coupa and Kabbage. Prior to BlueRun, Jonathan was a marketing executive at Qwest Communications, Bell Atlantic and MCI Communications. He has also started e-commerce businesses as an entrepreneur. 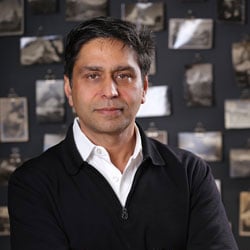 Neeraj Gupta is a Co-Founder and Managing Partner at Cervin Ventures, where he has led investments in Nexient, SnapLogic, and Punchh. Most recently, Neeraj was a member of the executive team at Patni, after its acquisition of Cymbal Corporation that he founded. Previously, he held numerous engineering and product management positions at Octel and Genesys. He is a Kauffman fellow. 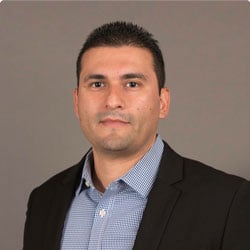 Roman Leal is a Managing Partner at Leap Global Partners, focused on cross-border opportunities. He is a serial entrepreneur and FinTech veteran, having served in a a variety of roles at PayPal and Goldman Sachs. At PayPal, he co-led next-gen financial services, digital currencies and P2P strategies. At Goldman, he was a founding member of the Emerging Technology Research and Payment Processing Around the World platforms 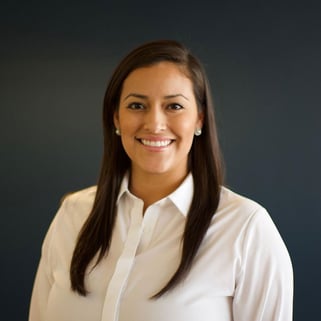 Jazmin is a Principal at NewView Capital focusing on Fintech. Prior to joining NewView Capital, Jazmin was co-founder and Chief Operating Officer of Bundler TV, a media-tech startup in Los Angeles. Previously, Jazmin advised C-level executives on product and go-to-market strategy at Warner Bros and Jaunt. She began her career at Goldman Sachs in New York, where she worked as an investment banker and for the Chief of Staff to the CEO. Jazmin holds an MBA from Harvard Business School. 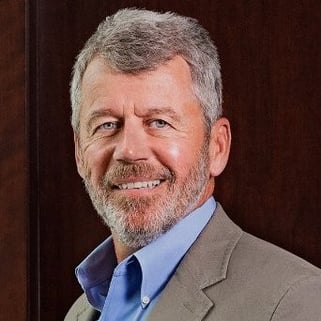 Pete Kight is considered a pioneer in financial services technology, specifically in electronic
funds transfer, online banking, and electronic billing and payment. Today he is focused on driving industry innovation, leading strategic development, and working with companies in the FinTech space. Kight was the Founder, Chairman, and Chief Executive Officer of CheckFree until it was acquired by Fiserv in December 2007 ($4.4 Billion). 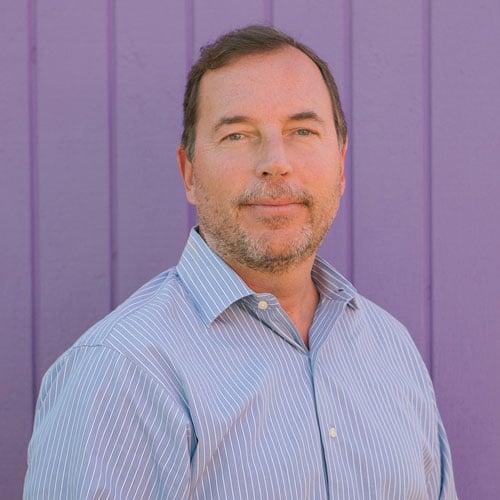 Scott Thompson is currently the CEO of Tuition.io. He is the former President of PayPal and CEO of Yahoo, and is a renowned technologist best known for growing PayPal’s user base from 50 million to 104 million active users in 190 countries. Thompson also served as an executive vice president of technology solutions at Visa's Inovant subsidiary and worked as chief information officer of Barclays Global Investors. 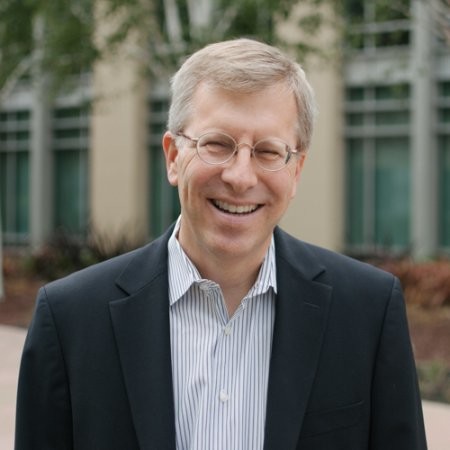 Mark Orttung is the CEO of Nexient and former President and COO of Bill.com, a SaaS offering allowing companies to automate their payables and receivables. Under Mark’s leadership, the company grew revenue by almost 350% in his last two years. Mark was named one of the Top 50 Tech Services CEO’s in 2019. Mark is also an inventor or co-inventor on more than 30 US patents. 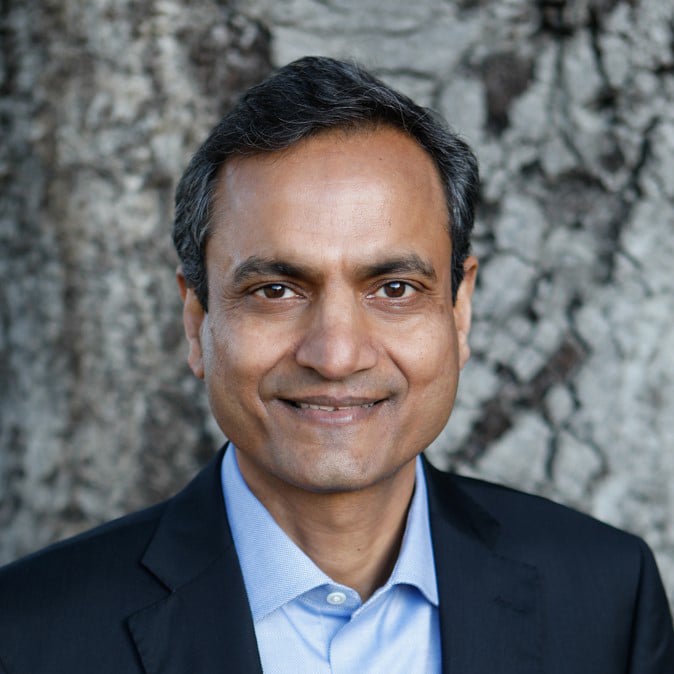 Sameer Govil is currently a Senior Advisor, Mckinsey and serves on Board of Revolut, US in addition to advisory roles with several Fintechs and Venture funds. As SVP at Visa, he helped establish a roadmap for integrated commerce products, accelerating adoption of electronic payments globally. He also served on the Board of the Electronic Transaction Association, a governing body for US payment acquirers. 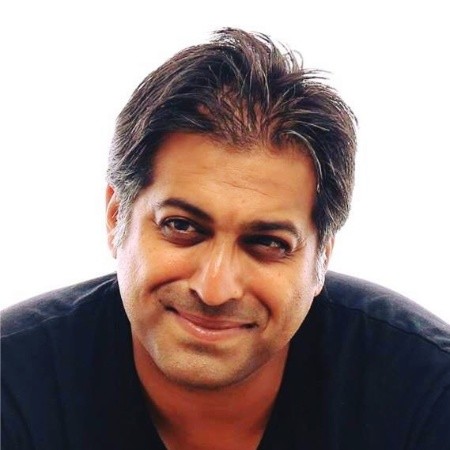 Salil Pitroda is senior advisor at Francisco Partners. Salil was a founder, product and business executive and board member at C-SAM, a pioneering mobile payments software company that was successfully acquired by Mastercard (Masterpass). He was also a leader on the corporate and business development team at Facebook, where he worked across product roadmap priorities.

Paystand is venture-backed by leading investors in Silicon Valley and has been recognized as one of the disruptive forces in business payments by publications such as TechCrunch, Wall Street Journal, Mashable, Forbes, and many others.

Are you interested in creating a fairer system in the financial industry? Are you curious about how digital currency could disrupt how we move money? Are you passionate about making the world a better place and believe the economic system plays a big part in it? If so, you’ve found the right place. Paystand is revolutionizing the world of online payments and digital commerce, and we want you to join us.