What is the Interchange Fee?

An interchange fee is a varied cost that is tied to each credit card transaction. To the consumer, this charge is usually invisible (unless the fee is surcharged). Usually for sales/services transactions it is a fee that a merchant's bank (the "acquiring bank") pays a customer's bank (the "issuing bank"); and for cash transactions the interchange fee is paid from the issuer to acquirer, often called reverse interchange. To the merchant, this is a constant thorn in the side of their ROI. Merchants are constantly seeking the lowest interchange fee. At the same time, the technology associated with interchange has transformed rapidly over the years.  Merchants should be aware of this change and how it affects the interchange fee… Currently, an interchange fee includes an upfront charge ranging from $0.30 to a few dollars and then a percentage of the transaction, often between 2% and 4%. The vast majority of this money goes to the bank where your account is held or the credit card issuer. The remaining 10% to 20% of the fee goes to the credit card company with the logo on the card. Currently about $40+ billion per year is spent on interchange fees by merchants and consumers in this transaction. It facilitates over $2 trillion in annual spending.

A Quick History of the Interchange Fee

Today’s credit card originated in the 1950s when Bank of America began issuing a credit card called BankAmericard. The technology was eventually spun off and became what is known today as Visa. Within a few years, another competing company arose that later became known as MasterCard. By the 1970s, Bank of America introduced a 1.95% interchange fee per transaction and MasterCard followed suit soon after. Both companies said the fee, charged to merchants, was to cover their costs and risk of providing the customers credit.  Soon Discover (which was part of Sears) and American Express came along, with the latter serving a higher-end clientele with higher interchange fees but fewer locations available for use.

Card companies claim that interchange fees help fund the risk and operating costs associated with credit and debit cards. Banks essentially mandate a tax on funds on the back-end of credit card transactions from the high interest rates that they charge on credit card debt. These rates can range from 7% all the way to 15%. That gives them the flexibility to lower interchange fees as long as the client is adding a debt balance. On the other hand, many community banks rely more on interchange fees from customers that do not have the credit line to rack up a lot of debt. Those smaller institutions may be hurt most if interchange fees are reduced.

Issuing firms have worked together to improve the speed, security and fraud detection of the system. However, many holes still exist. Continued investment in the interchange fee system is required as hackers gain new tools for infiltrating it. In particular, hackers have taken to stealing large amounts of credit card numbers and identifying information from retailers and selling it online in the "dark web". Issuers have to quickly identify which numbers were stolen and deactivate those cards and fraudulent transactions. To keep up with this investment, interchange fees continue to rise. This hurts merchants directly on every transaction which is why they are trying to drive down the price.

The Future of the Interchange Fee

As consumers and credit card companies embrace digital platforms, card companies will be able to save costs and prevent fraud which could force them to lower interchange fees. In addition, many international countries are pushing card companies to lower interchange fees, including pushing for multi-year commitments to prevent increases. New technological alternatives to credit cards is putting pressure on card companies’ ability to raise prices. These new payment methods have radically reduced costs because they do not need to go through the traditional banking system or do not involve as many parties in a transaction.

With PayStand, companies can accept credit/debit cards with wholesale transaction fees that provide lower interchange fees. Additionally, there are alternate payment rails at your disposal (eCheck and ACH) both of which carry much lower transaction costs (as low as 35 cents). To increase payment remittance and improve UX, you’ll also be able to provide a billing payments portal, giving your customers the ability pay with the payment rail they prefer. Using digital platforms for payments can help increase efficiency in cash flow and prevent interchange fees from cutting into your company’s revenue.

If you’re interested in learning more about PayStand and our payment processing solutions, please don’t hesitate to contact us today. 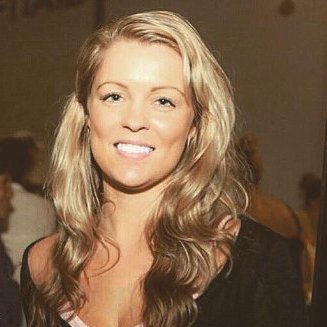